Creators listed on this page are interested in providing a funded workshop at CBCA Institutional Member schools. The workshops are funded for 2019-2022 via a Federal Government Grant. Visit our Membership page or email tas@cbca.org.au for further information. Alyssa conducts workshops for primary aged children, and will workshop secondary students in 'behind the scenes' illustration and graphic novels.

Alyssa Bermudez (she/her) is an author, illustrator, and art teacher. She studied illustration and animation in New York at the Fashion Institute of Technology for undergraduate and graduate courses. She strives to put the KA-POW into stories and learning, while representing children of diverse backgrounds. Big Apple Diaries is her debut graphic novel. Her illustrations can be found on fabric and fashion, in magazines, many children’s books and even on stage!

Alyssa conducts comics workshops for primary aged children and will workshop secondary students in 'behind the scenes' illustration and graphic novel writing. 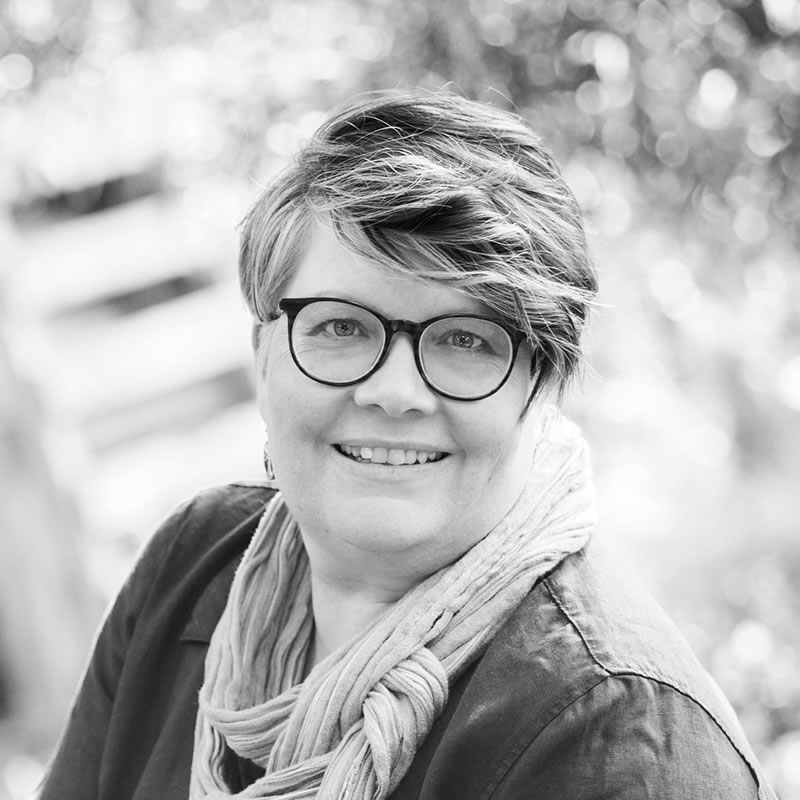 Christina is the award-winning, internationally published author of eight books, and illustrator of over twenty books for children. She loves telling stories and is passionate about helping others find the storyteller inside them. Her earliest memories include going to the library in her pajamas, and cuddling books in bed instead of a teddy bear.

Christina creates picture books: humorous titles for younger children; stories that focus on the environment and endangered species; and stories about relationships and community.
Kip, Welcome Home, One Careless Night, and Are These Hen’s Eggs? have appeared in CBCA awards and other award shortlists.

Christina is very experienced in offering interactive virtual workshops. K–12 students can interact with Christina in her studio. Christina is available for on-line workshops until further notice. 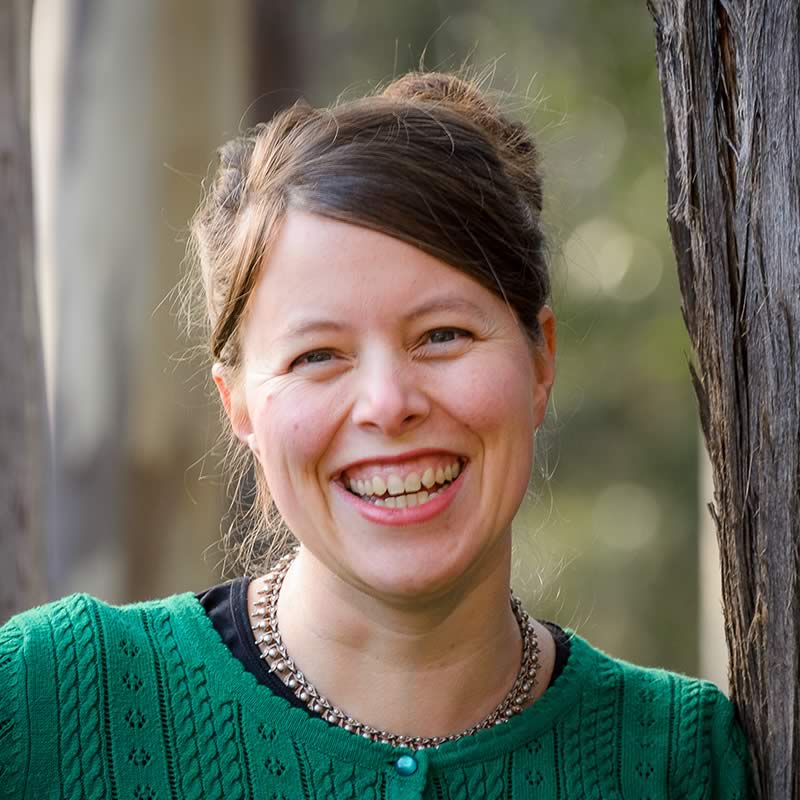 Emily Conolan is a teacher, creative facilitator, activist and author. Drawing on her deep knowledge and love of storytelling, Emily brings together techniques from a range of disciplines to engage students in a personal and creative process of transformation. She has worked extensively with the refugee and asylum seeker communities as an English teacher, a cultural arts worker, and a coordinator of an award-winning support program for asylum seekers in detention. She has published three novels in the Freedom Finders series that explore migration journeys throughout the ages. She gets excited about helping people access their own creative energy to bring deeper connection and meaning to their lives. 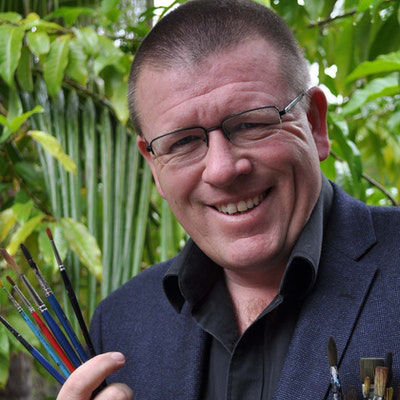 Tony is an international award winning author and illustrator. His passion for illustration and storytelling spans over 60 Early Childhood and Picture Books. His most recent picture books Advance Australia Fair and This Old Thing deal with topics such as national identity, family, place, history, war and conflict. Tony’s humorous chapter book series with Nick Falk: ‘Vognox the Viking’, ‘Saurus Street’, ‘Billy is a dragon’ and Samurai vs Ninja have been a favourite of beginner and reluctant readers for many years.

Tony delivers highly engaging and interactive presentations; working in traditional media, he brings students ideas to life as he creates illustrations that show how an image can be developed into a story. Tony’s workshops cover creative story development, the process behind his books, visual narratives creation, idea generation, publishing experience, design thinking and visual design, are suitable for both primary and secondary students. Ellie A. lives and works nestled between the Tarkine Forest and Cradle Mountain National Park.

Her debut picture book The Bunyip’s Bath (2016) is a truly Tasmanian folktale. Ellie is now published in zine, magazines and anthologies. Ellie published Mermaid Spell in 2020 and a A Touch Eldritch is due for publication in October 2022.

Ellie has professional experience working with young people and has leapt into primary schools, complete with costumes and props, and is excited to offer interactive workshops. 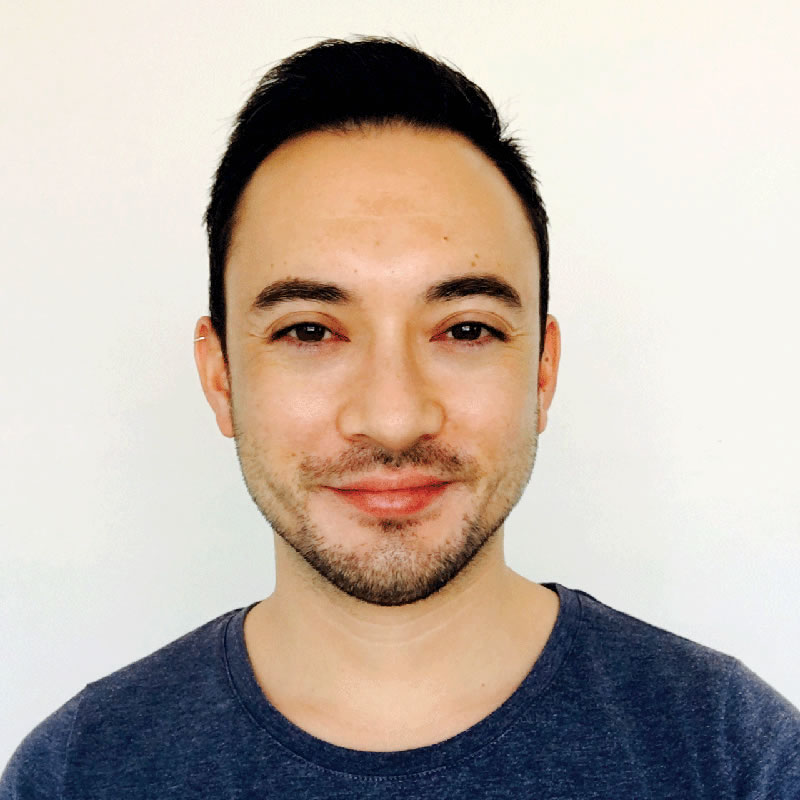 Daniel Gray-Barnett lives in the Huon Valley, Tasmania with his husband, German shorthaired pointers and chickens.

Self-taught, he studied Medical Science at the University of Sydney before swapping his microscope for pencils when he realised illustration had a much lower patient mortality rate. His picture book Grandma Z won the Children’s Book Council of Australia award for Best New Illustrator and chosen for the International Youth Library’s White Ravens.

Daniel likes working with primary school students and small groups of secondary students who are interested in illustration workshops. Narelda Joy is a textural illustrator and puppet maker. Narelda won the State Medal for Design and has an Advanced Diploma in Design and Illustration. She has illustrated for the NSW School Magazine, and sells her illustrations and puppets.

Her most recent picture book Message in a Sock won the 2019 US Northern Lights Book Award (History), was shortlisted for the NSW Premier’s History Awards, and the West Australian Young Readers’ Book Awards.

Narelda believes in encouraging creativity in the young, and runs workshops and design talks for children from K–6. You can see examples on her blog. She lives in northwest Tasmania with her friendly pets. ‘You may as well have the best.’ That’s what the top speakers agency in Melbourne told teachers enquiring about having a storyteller visit their school.

‘But you’ll have to book him direct.’

Kym Lardner organises his own bookings (like Bjork), but after 40 years of writing, illustrating and recording for the ABC he finds himself washed up on the shores of Tasmania during a pandemic and a ban on large school assemblies.

CBCA Tas has come to the rescue, and Kym has accepted the offer to participate in the workshops in schools programme. Fiona is a mother and geologist who writes and illustrates picture books from her home in southern Tasmania. Living in a beautiful, far-flung place, Fiona seeks to capture the wonder of the world around her to share with a wider audience.

Fiona’s first book, The Moonbow was inspired directly by the beauty (and fickleness) of the Tasmanian landscape; her second, Now and Then, captures a piece of local history. Now and Then is a Notable book in the Eve Pownall category of the 2020 CBCA Awards. Dr Anne Morgan’s first STEM picture book, The Way of the Weedy Seadragon (CSIRO), illustrated by Lois Bury, was judged a CBCA Notable Book for the 2022 Eve Pownall Awards, and won a Whitley Award for the Best Children’s Natural History Book 2021. Anne's other published children’s books include the Captain Clawbeak junior novels (Penguin Random House), and The Smallest Carbon Footprint in the Land & Other Ecotales, which won the Environment Award for Children’s Literature in 2014. Anne is also a national prize-winning poet, with a Master of Education and a PhD in Writing. She is the co-convenor of SCBWI TAS.

Anne has experience teaching from infant to university level, and is happy to work with any age group. Anne is available for on-line workshops until further notice. Sally Odgers was born in NW Tasmania and still lives there with her husband and multiple dogs. She started writing in the 1970s and now has over 400 titles published.

Sally enjoys running writing workshops and author talks for all literate ages, reading, walking her dogs and cultivating her websites. In 2018 she received the Alice Award for her long-term contribution to Australian Literature.

Sally writes an entertaining blogspot, focussing on the story behind the story. Lian Tanner has worked as a teacher, a tourist bus driver, a juggler and a professional actor.

Lian is the best-selling author of three fantasy series for children, The Keepers trilogy, The Hidden series and The Rogues trilogy. Her first picture book, Ella and the Ocean, illustrated by Jonathan Bentley, won the 2020 Patricia Wrightson Prize for Children’s Literature and is a Notable Book in the 2020 CBCA Awards. Her first detective novel, A Clue for Clara (starring a very determined chook), won the 2021 Sisters in Crime Davitt Award for Best Children's Crime Novel. The sequel, Rita's Revenge, will be published in July 2022. Coral is an author and illustrator of over 60 books for children.

Her picture book Bouncing Back: An Eastern Barred Bandicoot Story was shortlisted for the CBCA Eve Pownall Award (2019) and won the Environment Award for Children’s Literature in 2019. One Small Island, in collaboration with co-writer and co-illustrator Alison Lester, was published in 2019. The story is about the battle to save Macquarie Island from environmental destruction.

Coral will be available in Terms 3 & 4 for small group workshops with Grades 4 to 10. Carol brings her portfolio of manuscripts covering the full publication process. Workshops can be tailored to suit the focus of the classroom. David has worked as a podiatrist for the last twenty-five years, but his love for feet is equally matched by his love for nature. So, it is no surprise to see how his passion for the Australian bush and wildlife has become an inspiration for his writing.

The third book in The Misadventures of Harry and Larry series was published in 2022, and David has nearly completed his fourth book, Harry and Larry Hunt for the Tasmanian Tiger.

He lives with his wife in the beautiful Huon Valley, with their two Labradoodles, six chooks, and two beehives.

David is keen to workshop persuasive writing, and how writing from the senses can generate visual and emotive images in the mind, with students in Grades 3 to 6.